EP59 - The Value of a Mission-Critical, Demand-Driven Asset Class with David Lynn (Part 2 of 2)

This week’s episode is the second in a two-part series that features David Lynn. He is the president and chief investment officer of Healthcare MOB REIT at White Oak Healthcare Finance. We discuss the resiliency of the healthcare real estate asset class that held its value through the pandemic, and we get to know more about David as well.

Throughout the pandemic, David and his company considered the current and potential future impact of COVID. Typically, there wasn’t much of an impact with the healthcare real estate asset class.

[2:29] What to look for in properties moving forward

Moving forward, he thinks they will pay more attention to clean buildings and how to purify the air that is circulated. The HVAC and filters will be important to look at, as well as having PPE available gratis in the building lobbies. Those new protocols may be permanent or semi-permanent. In addition, they may look at UV lights and the efficacy of killing bacteria and viruses within the buildings.

Bathrooms and water fountains will be important areas as well, as it may become a long-term solution to supply hand sanitizer in multiple locations around the building. Particularly in medical settings, people may be more comfortable wearing face masks and having sanitizer available.

[4:54] The roadmap for Healthcare MOB REIT over the next three to five years

Over the next few years, David foresees more of the same for his business. They aren’t focusing on any one city or region, as most people age in place. The majority of people don’t go to Florida or Phoenix to retire. They will continue to look at the demographics of the area and the specifics of the building as part of their due diligence.

[5:43] Supply and demand in the healthcare real estate market

David thinks there is a rough equilibrium, leaning toward a shortage of supply. These buildings aren’t built overnight, and there are often regulatory issues. There could probably be some more development to meet the demand, but we also don’t want the market to be flooded.

Demand is increasing as the population ages. There are more maladies, but also more medical technology that can be applied. COVID has also put health front and center for many people, especially those with pre-existing conditions. For anyone who has been exposed or has gotten the virus, there might be long-term effects we aren’t aware of yet. Many people have deferred going to the doctor during the pandemic, so there is a lot of pent-up demand ranging from critical and chronic issues to checkups. The demand will certainly be something to watch over the next two to three years.

[9:59] David’s thoughts on how the U.S. economy will recover post-pandemic

Anytime you suppress the economy, you tend to have a rebound recovery effect. David sees us going through that right now. There is a shortage of employees, and many industries are growing very quickly. Construction is growing like wildfire, and David thinks that recovery will be strong this year.

People are getting back to work and spending more money.  They are beginning to invest again, even if they have deferred investment during the pandemic. David hopes the U.S.  has learned that we have to manufacture more here. During the pandemic, we were a little flat-footed when it came to medical supplies. We had to wait for a lot of things that we needed during the pandemic because they had to be imported from other countries.

Compared to other countries, David thinks the U.S. will do better than Europe in the upcoming years. Europe is more of a regional economy. He thinks China will always outpace us, growing 8-9% or higher this year. He sees other emerging markets doing well and the global economy becoming robust.

As far as he can remember, David’s first job was doing yard work for a neighbor. He was watching TV and the neighbor peeked in the door and told him he would give him a couple bucks to mow his lawn. When he started to take on other jobs, his hourly rate was $1.25. He did handiwork, yard work, and eventually added a paper route as well.

[13:17] What David would be doing if he wasn’t in healthcare real estate

When he was younger, David dreamed of being a professional ice cream taster or a television critic. He loves what he does now, as he is very interested in investing and economics. At one point, David considered being an architect. He decided he didn’t have the drawing skills for that, but his interest morphed into investment in, and development of, buildings. It is hard for him to imagine doing anything different.

[14:31] What David reads for inspiration and information

David reads the Financial Times, the Wall Street Journal, and magazines he gets for being an alum of MIT. He also enjoys reading books.

While he admits to becoming more sedentary during the pandemic, he does enjoy reading daily. He used to work out every day and try to play a team sport with people as well, and he would like to get back to that.

David believes that leaders are trained. He thinks anybody can be a leader. It is your experiences – your failures, your setbacks, and your determination – that mold you into a leader. One of the keys is sticking your neck out, taking responsibility, and thinking about other people.

He also points out that young people can take on activities like being a scout, being on sports teams, and being a leader in the classroom, in order to hone leadership skills over time. 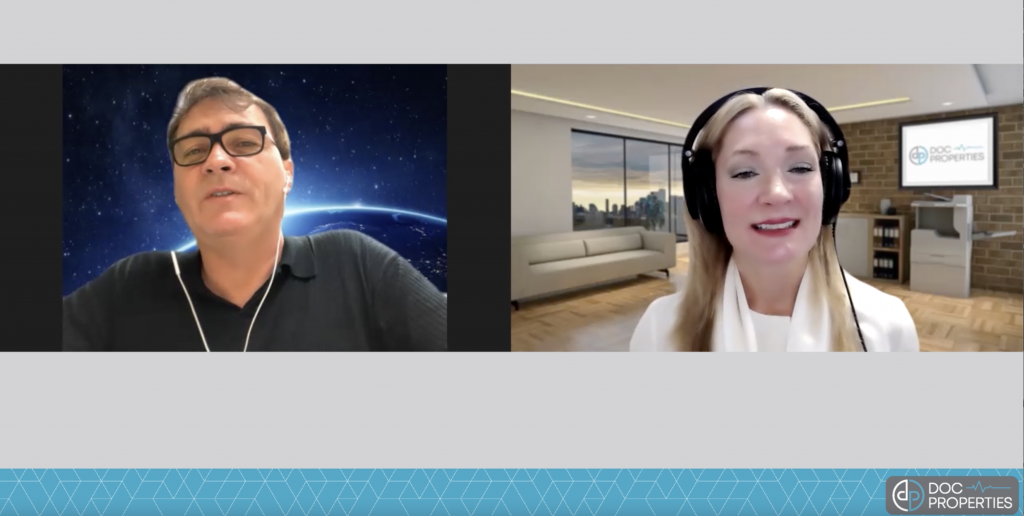